Salon Franchise - Which type is right for you? 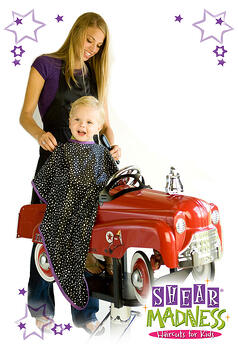 In the franchise world there are many options, and choosing between categories alone can be a challenge.  However, one category that is worth evaluating is the salon franchise industry.  Why?  Well, everyone needs a haircut now and then.  Not to mention that most sectors of the salon industry are recession resistant, and it doesn't appear that the internet is going to be able to replace haircuts anytime soon!

The choices for a Salon Franchise might be a little bigger than you think - but don't worry! It's not too difficult to sort out.

1.  Original Salons: The ones everyone thinks of are some of the original hair salon franchises - think Great Clips, Fantastic Sams, Snip n' Clip, etc.  These are low-end, walk-in type salons.  Clientele doesn't make an appointment, and they tend to exist on every major street corner in most metropolitan cities.  These typically have the stylists acting as management as well and the owner is an absentee owner.

2.  Mens salons: This niche is relatively new to the franchise sector.  Probably the most well know mens salon franchise system is Sport Clips.  However, many others have opened in recent years.  Everything from very high-end Men's Country Club type salons that offer a full array of services i.e. The Boardroom - down to lower-end salons that do high volume, yet still offer men a good haircut without all the frills.  There are also those that appeal to pool players, and those that just cater to "players".  Most wives don't really appreciate the "player" salon environment, and taking your kids to one might be considered as "inappropriate"!

3.  Kids salons: Again we have a type of salon that is relatively new to the scene.  There is no real dominant player in this arena.  Shear Madness Haircuts for Kids has been in operation since 1997 and that's one of the earlier children's salons!  None of the salon systems predate the 90's.  Each franchise has its own personality and philosophy on running a succesful salon.  Extras added to some are kids retail and birthday parties.  Some are run by a manager and others have the stylist/manager configuration. A close evaluation of what makes up the revenue portion of the salon is important to look at. For example, How easy is that portion to run?  Does it take an onsite owner or can it be run absentee?

4.  Hair Removal Salons: These are also very new to the franchise arena.  Tropical Laser Hair Removal opened in 2007! They still fit under salons as the technicians need to have licenses just as hair stylists need to have licenses.  These can be combined with the above types of salons or can be a stand alone type. Many times these are partnered with businesses offering massages.

5.  Nail Salons: There really isn't a dominant player here at all.  It seems that most nail salons are individually owned, yet we're waiting for a franchise to pull it all together!

6.  Massage Salons: An example of a Massage Salon would be Massage Envy.  These typically sell memberships instead of collecting revenue when the service is actually performed.  This type of franchise with membership fees is very popular, especially in the health club arena.  Many buy memberships and then don't use them like they should - which of course helps the franchise system be more profitable.

There you have it!  As you can see, there's a lot to choose from. If you are thinking you might like to know more about franchising in general, we'd invite you to download our FREE toolkit. This great e-document is a fantastic resource in helping you learn more information about investing in a franchise.

THE MATERIALS ON THIS WEBSITE REGARDING THE SHEAR MADNESS FRANCHISE OPPORTUNITY ARE FOR GENERAL INFORMATION ONLY AND ARE NOT INTENDED TO BE THE OFFER OF A FRANCHISE TO ANYONE ACCESSING THIS SITE. OFFERS AND SALES OF A FRANCHISE ARE MADE ONLY AFTER THE DELIVERY OF AN EFFECTIVE FRANCHISE DISCLOSURE DOCUMENT IN COMPLIANCE WITH APPLICABLE FEDERAL AND STATE LAW.

THIS FRANCHISE IS NOT BEING OFFERED TO RESIDENTS OF THE FOLLOWING STATES: CONNECTICUT, HAWAII, ILLINOIS, INDIANA, KENTUCKY, MARYLAND, MICHIGAN, NORTH DAKOTA, RHODE ISLAND, SOUTH DAKOTA, UTAH, VIRGINIA, WASHINGTON AND WISCONSIN. THIS COMMUNICATION IS NOT DIRECTED TO ANY PERSON IN THE STATES LISTED ABOVE BY OR ON BEHALF OF THE FRANCHISOR OR ANYONE ACTING WITH THE FRANCHISOR'S KNOWLEDGE. NO FRANCHISES CAN BE OFFERED OR SOLD IN THE STATES LISTED ABOVE UNTIL THE OFFERING HAS BEEN REGISTERED AND DECLARED EFFECTIVE BY THE APPROPRIATE REGULATORY AUTHORITY AND THE FRANCHISE DISCLOSURE DOCUMENT HAS BEEN DELIVERED TO THE OFFEREE BEFORE THE SALE WITHIN THE APPLICABLE TIME FRAME. THIS FRANCHISE IS OFFERED ONLY BY DELIVERY OF A FRANCHISE DISCLOSURE DOCUMENT.

THESE FRANCHISES HAVE BEEN REGISTERED UNDER THE FRANCHISE INVESTMENT LAW OF THE STATE OF CALIFORNIA. SUCH REGISTRATION DOES NOT CONSTITUTE APPROVAL, RECOMMENDATION OR ENDORSEMENT BY THE COMMISSIONER OF BUSINESS OVERSIGHT NOR A FINDING BY THE COMMISSIONER THAT THE INFORMATION PROVIDED HEREIN IS TRUE, COMPLETE AND NOT MISLEADING.

This franchise is offered only by delivery of a franchise disclosure document.