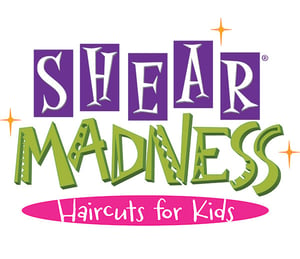 Which Salon Franchise is Best? 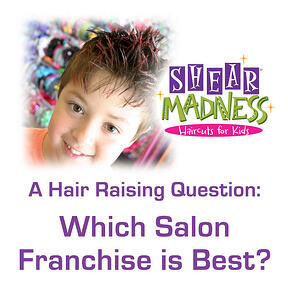 In the franchise world there are many options, and choosing between categories alone can be an interesting challenge.  However, one category that is worth careful evaluation is salon franchises.  Why?  Well, everyone needs a haircut now and then.  Most sectors of the salon industry are recession resistant, and it doesn't appear that the internet is going to be able to replace haircuts anytime soon!

The choices for a Salon Franchise are larger than you think!

1.  The ones everyone thinks of are some of the original hair salon franchises - think Great Clips, Fantastic Sams, Snip n' Clip, etc.  These are low end walk in type salons.  Clientele does not make an appointment and they tend to exist on every major street corner in most metropolitan cities.  These typically have the stylists act as management, and the owner is an absentee owner.

2.  Mens' salons - this niche is relatively new to the franchise sector.  Probably the most well known mens salon franchise system is Sport Clips.  However, many others have opened in recent years.  Everything from very high end Men's Country Club type salons that offer a full array of services i.e. The Boardroom, down to lower end salons that do high volume yet still offer men a good haircut without all the frills.  There are those that appeal to pool players and those that just cater to "players".  Most wives don't really appreciate those, and taking your kids to one is deemed "inappropriate"!

3.  Kids salons - again we have a type of salon that is relatively new to the scene.  There is no real dominant player in this arena.  Shear Madness Haircuts for Kids has been in operation since 1997 - and that's one of the earlier children's salons!  None of the salon systems predate the 90's!  Each franchise has its own personality and philosophy on running a succesful salon.  Extras added to some are kids retail and birthday parties.  Some are run by a manager and others have the stylist/manager configuration. A close evaluation of what makes up the revenue portion of the salon is important to look at.  How easy is that portion to run?  Does it take an onsite owner or can it be run absentee?

4.  Hair Removal Salons - these are also very new to the franchise arena.  Tropical Laser Hair Removal opened in 2007! They still fit under salons as the technicians need to have licenses, just as hair stylists need to have licenses.  These can be combined with the above types of salons or can be a stand alone type. Many times these are partnered with businesses offering massages.

5.  Nail Salons - there really is not a dominant player here at all.  It seems that most nail salons are individually owned, yet we're waiting for a franchise to pull it all together!

6.  Lastly would be Massage Salons - think Massage Envy.  These typically sell memberships as opposed to collecting revenue when the service is actually performed.  This type of franchise with membership fees is very popular, especially in the health club arena.  Many buy memberships, and then don't use them like they should - which in turn makes the franchise system more profitable.

There you have it! Lots to choose from!  Which one is best will depend a lot on your specific situation.

If you are thinking that you might like to learn more about franchising, we invite you to download our free whitepaper (available at the link below). Once you know a bit more about investing in a franchise, you'll be more prepared to contact individual franchisors and ask great questions!

Own Your Own Store
Franchise Your Store
Contact Us
888.984.6636
Find A Location Near You
Careers
Stylist
Receptionist
Manager